This project was a major, multi-disciplinary project carried out over a six month period for which David put a team of specialists together, which beat a number of other companies to win the client business through a formal tender process. As UK City of Culture 2017, one of the potential legacy projects is a council proposal to build a cruise terminal alongside the city’s iconic attraction “The Deep”, recognised as one of the world’s one of the world’s most futuristic aquariums. 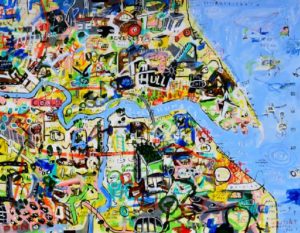 David’s team included the former head of tourism at Liverpool City Council, Associate Director of Royal Haskoning DHV, Maritime Engineers and Project Managers, and a Director of The Manser Practice, Architects of many cruise terminals, including Southampton’s latest, The Ocean Cruise Terminal.

“It has been a genuine pleasure working with David and the team. His approach is flexible, collegiate and pragmatic, delivering high quality output informed by detailed and insightful knowledge of the industry….Adapting to our needs as they evolved through the study, David drove the project forward without the need for client prompting. As a result the team was very low maintenance compared with some consultants I have worked with!”