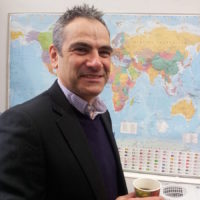 “Hull is coming out of the shadows and enjoying something of a renaissance. In 2017 it became UK City of Culture, an accolade awarded every four years, and its City Leadership Board is spearheading implementation of a strategic city plan to transform its future prospects. A particular focus is an aspiration to become a more attractive destination for visitors. To this end, a number of waterfront developments are being considered, including a new city-centre cruise berth and terminal. David put together a multi-disciplinary team of specialists to undertake a comprehensive market and feasibility appraisal for this project and was successful in bidding through a formal tender process.”

“It has been a genuine pleasure working with David and the team. His approach is flexible, collegiate and pragmatic, delivering high quality output informed by detailed and insightful knowledge of the industry. He chose a very appropriate and able team and co-ordinated the work with skill and diligence. Adapting to our needs as they evolved through the study, David drove the project forward without the need for client prompting. As a result the team was very low maintenance compared with some consultants I have worked with! The result was a very usable report providing a thorough, practical and realistic appraisal of the options and opportunities for Hull.” 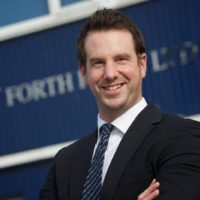 “Edinburgh has a number of cruise port facilities at Leith, Rosyth, Newhaven and South Queensferry. As someone fairly new to the industry back in 2016, I asked David – who came recommended – to produce a market study examining “where we are at” in terms of the opportunities for future additional cruise ship calls to Edinburgh. As a result of his study, we were able to discuss future opportunities for Edinburgh with cruise lines, very successfully.

“In fact, David’s final report was sufficiently comprehensive it served as a reference guide for a further couple of years. I asked him to refresh and update the report in 2018.”

David is our “go-to” itinerary planning guru for our CLIA Port and Destination community summits.

When David and I started discussing the idea of an educational and interactive platform to help our port & destination community better understand the challenges of planning future itineraries we had no idea how successful David’s ideas would become. When David launched the “Deployment Dilemmas” interactive training game at the CLIA Port and Destination Summit in Tenerife, we had 200 cruise industry executives in 21 teams playing the ‘game’ under David’s supervision.

Deployment Dilemmas” was a strategic step up from the initial game David had named “To Call or Not To Call…” which was also very well received in Hamburg the year before. That was about planning the best single itinerary based on a scoring system for things like guest satisfaction, port costs, shore-ex revenues and speeds between ports. Both exercises have been so successful, that we have since taken these exercises to the USA, Canada and China

I knew David would do an amazing job in building a platform like this, but I did not expect such positive feedback from all delegates including cruise line itinerary planners that work in this area on a day-to-day basis. His reputation stretches worldwide and his deep understanding of itineraries is a clear benefit to his port and destination clients. 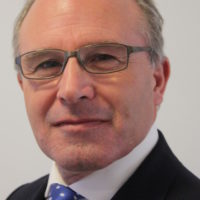 “David was introduced by a colleague who joined Drewry from Arup, a large design engineering firm. He has since worked with Drewry in a variety of cruise sector projects. These have included buy-side due diligence on cruise terminal portfolios and a very large multi-sector traffic study for the Panama Canal.

“David’s deep cruise sector knowledge, his ability to engage with our clients, the rigour and credibility he brings have been exceptionally valuable and made him a key resource for us in any cruise sector project”. 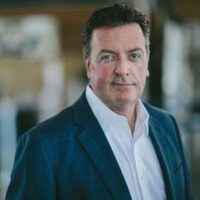 “I first met David at a CLIA Executive partner Summit in Miami.  Around 200 delegates played his “To Call or not to Call…” itinerary planning game, many points of which resonated with our current situation here on Vancouver Island. With Vancouver turning one of its cruise berths to the commercial sector, we saw an opportunity for more business, particularly as a turnaround port for cruises mainly to Alaska, and asked David to become involved. David came to Victoria, made a presentation to the Harbour Authority’s Board of Directors, carried out interviews with stakeholders including the Chamber of Commerce, the Department of Tourism and the City Council and outlined the challenges and opportunities in his final report.

“Working with David was a pleasure and his work was enlightening. We continue to catch up at various cruise events in Europe and the U.S. 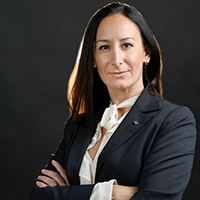 David came to see Silversea Cruises when I then Director of Port Operations in 2016 on behalf of the ports/cities of Rouen in France and Turku in Finland. I was only going to stay for 10 minutes due to other commitments, but the wide range of information provided, the objective approach and analysis, and even a navigation simulation, combined with David’s usual enthusiasm and deep knowledge of the subject, meant that I stayed for nearly an hour.

I see many presentations from port and destination representatives, but rarely do I see any that are as specifically targeted or relevant to my own cruise line 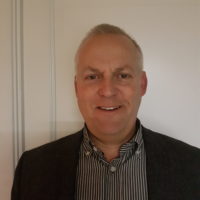 “The port at Roenne which is the capital of Bornholm in Denmark has been seeking to build a new multi-purpose berth and we asked David to produce a traffic forecast and feasibility study ion 2016. David spoke to many cruise lines on our behalf, examined itineraries and reviewed the tourism product in terms of how we might cater for any increased passenger numbers successfully.

“I am delighted that we have received the funding we need and the new facility is due to open on June 1st 2019, and we can report a 50% increase in passengers over 2018. 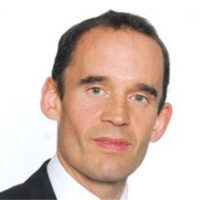 “Royal Caribbean and Celebrity Cruises have enjoyed unprecedented growth in Europe over recent years. In order to help ensure we were maximising the commercial opportunities the expansion created, David was brought in to make core recommendations affecting a range of commercial areas both from a shore-side and on-board perspective, as well as to validate existing decisions. These were then fed into current yield and future planning models.

David’s down to earth style enabled him to work effectively with people across the organisation. The feedback session was well attended by senior management and we were very satisfied with the outcome.” 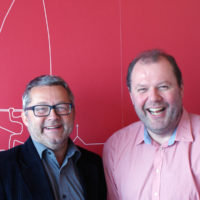 Aalborg is Denmark’s 4th largest city and is situated in the north of the country and between UK and the countries bordering the Baltic Sea. David was asked to review Aalborg’s proposition to cruise lines in order to target an increase in the number of cruise ship calls to the city.

It is fair to say that he opened our eyes to new possibilities in relation to cruise lines’ itineraries, the creation of new shore-excursion experiences and in enhancing the existing offering. His feedback report was both clear and thorough and used with our existing knowledge, extremely helpful. Two years on, Aalborg continues to grow